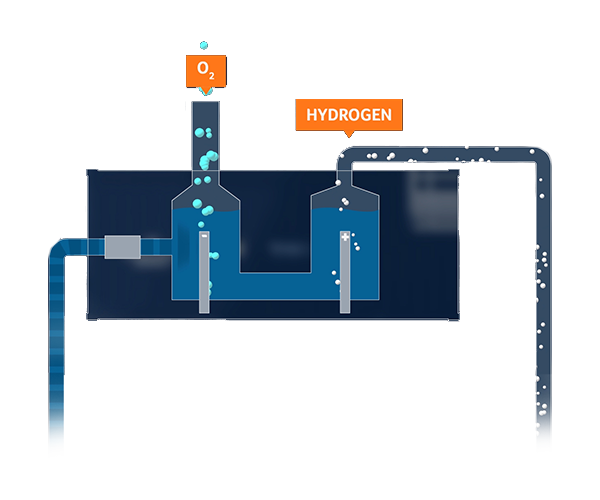 PosHYdon seeks to validate the integration of three energy systems in the Dutch North Sea: offshore wind, offshore gas and offshore hydrogen and will involve the installation of hydrogen-producing plant on the Neptune Energy-operated Q13a-A platform. The Q13a-A is the first fully electrified platform in the Dutch North Sea, located approximately 13 kilometres off the coast of Scheveningen (The Hague).

Electricity generated by offshore wind turbines will be used to power the hydrogen plant on the Q13a-A platform, converting seawater into demineralized water, then into hydrogen via electrolysis. The aim of the pilot is to gain experience of integrating working energy systems at sea and the production of hydrogen in an offshore environment. In addition, in this project the efficiency of an electrolyser with a variable supply from offshore wind will be tested, and at the same time knowledge and insights on the costs for the offshore installation as well as maintenance costs will be obtained.

The green hydrogen will be mixed with the gas and transported via the existing gas pipeline to the coast. The 1 MW electrolyser will produce a maximum of 400 kilogrammes of green hydrogen per day. 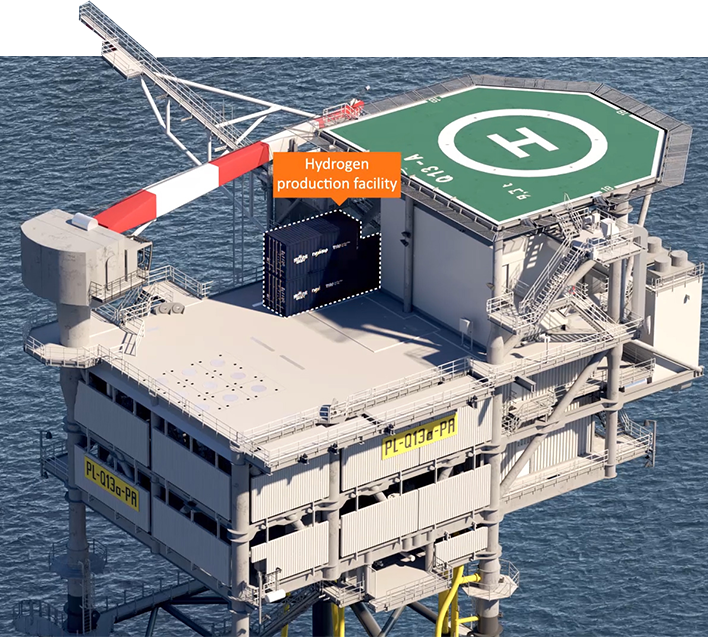